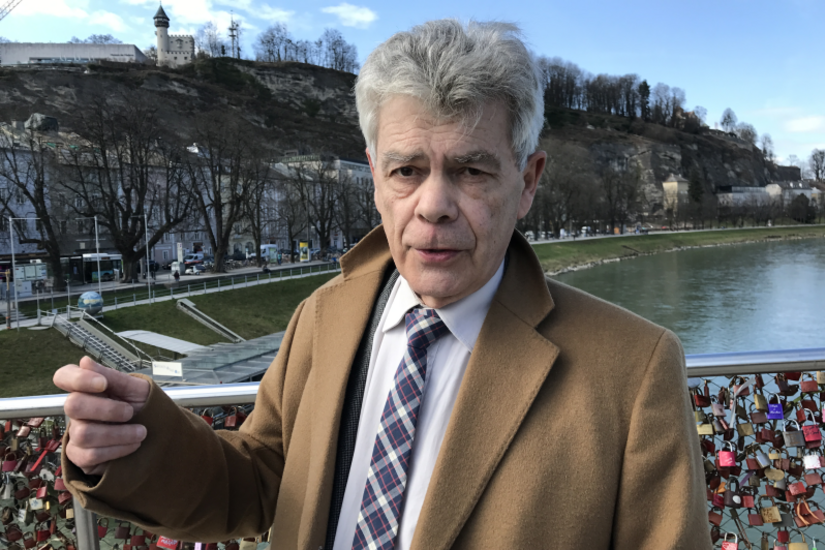 With a sad heart and deep appreciation for the support, collaboration, and friendship that Professor Simon Edwards provided us all with at the Center for Inter-American Studies, we want to acknowledge Simon as a scholar and teacher, a mentor and supporter, a friend and a colleague, but foremost as a wonderful human being who has enriched all our lives.

Simon was principal lecturer in English Literature at the Department of English and Creative Writing at the University of Roehampton, London. His main research interests were in eighteenth and nineteenth-century fiction: the historical novel (Scott and Cooper) and Romantic nationalism in Europe; Charles Dickens; representations of the city in English, American and European writing in relation to sexuality and ethnic identity; Dryden in relation to baroque art and architecture. He also was interested in English poetry of the late 17c as a manifestation of European baroque culture; the literature of the ‘fin-de-siecle’; and mid-20c British poetry.

In the course of his career, Simon developed and taught undergraduate and postgraduate courses in Eighteenth and Nineteenth Century English, American and European Literature including some of the following topics: Literature and the City; Romanticism and the Novel; the Historical Novel; Travel Writing; Literature and Politics 1776-1832; Charles Dickens. Since his formal retirement, he continued to supervise PhD students, and the last official act was providing an examiner’s report on a doctoral thesis for the University of Graz, which had become his academic home in the past decade of his life.

My first meeting with Simon Edwards took place in the Aula of the University of Graz probably in 2002, where a colleague from the English Department introduced us. At the time, I was recruiting professors in English and American Studies to teach at the University of Shkoder, Albania, within a staff development and institution building project I had initiated funded by the Soros Foundation and the Republic of Austria. As some of my colleagues at the University of Graz were hesitant to accept that invitation, the professor who introduced me to Simon suggested him, as he had extensive experience with international programs and exchanges. This was the beginning of our very close academic friendship and his involvement with the University of Shkoder, as from 2004 on he taught on a regular basis there and was involved in the curriculum development of the English and American Studies Department from 2004-2008.

When I started developing Joint Degrees at the University of Graz in my function as a Vice Rector (1999-2011), Simon was instrumental in establishing the Joint Degree in English and American Studies, and there will be many additional stories to tell about the lives he touched through his presence in this context.

I personally will carry wonderful memories of Simon in my heart. We taught and mentored students together, went on trips to visit baroque churches, watched women’s football games whenever possible, enjoyed conversations, meals, and wine together, had philosophical and personal conversations and simply shared a certain view of the world: Recognizing absurdities in institutional settings, but believing in the power of literature and art in terms of expressing all the ambivalences of our human existence. Simon will be missed, but never forgotten. Rest in Peace, dear friend! Dear students of English, as you know, the rectorate of Graz University has for the time being suspended classroom teaching, due to the Corona virus… 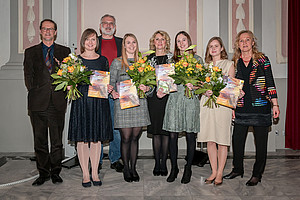